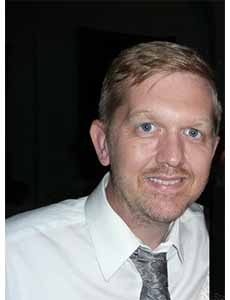 Wrightstyle, the leading supplier of steel and aluminium glazing systems, is supplying advanced ballistic and fire-rated systems for projects in Saudi Arabia and Afghanistan.

The contract in Saudi Arabia is of major significance as the company believes it to be one of the largest high-level security projects ever specified. The two contracts underline the extremely specialist nature of the protective glazing industry, with Wrightstyle’s integrated steel and glass

systems being rigorously tested worldwide for a range of international markets.

The first contract in Riyadh is for some 2,000 square metres of ballistic external protection to VIP areas of the King Faisal Specialist Hospital & Research Centre, a 936-bed tertiary care facility, with nearly 7,000 staff, and which opened in 1975.

The hospital, an international centre of excellence, is currently undergoing further building development to house facilities for cancer and liver disease, a National Biotechnology Center and a Royal wing.  The new facilities are expected to be fully operational later this year.

The company has recently supplied to hotel and infrastructure projects in Qatar, a major retail project in the Lebanon – and was a supplier to the Dubai Metro.  Wrightstyle has also supplied to projects across the UAE and Egypt.

“Our systems provide protection against ballistic and blast threats, as well as a range of protective levels against fire, smoke and toxic gases,” said Lee Coates, Wrightstyle’s technical director.

“We have independently tested our systems against both car and lorry bomb attack, and our systems are designed to provide up to 120 minutes of integrity and insulation.  We also have specialist accreditation in the USA and Far East, giving us worldwide reach.

“The two MENA contracts are of real significance for us.  It is the first time that we have supplied to Afghanistan and the Saudi Arabian project is exceptionally large,” he said.