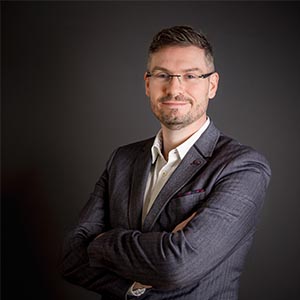 Cardinal Security Limited, the leading supplier of intelligence-led manned guarding and Loss Prevention services to the retail and logistics industries, has announced, with immediate effect, a new ownership structure designed to drive growth in the business.

The management buy-in sees a group of private individuals with lengthy experience in the UK security industry take ownership of Cardinal Security Limited, with previous CEO and founder, Jason Trigg, leaving the business to embark upon new challenges.

Graham Allison, who joined Cardinal recently as Commercial Director – has now been appointed as Managing Director.

Cardinal Security Limited will remain an independent business with a focus on the retail, distribution and logistics sectors. The organisation is also expanding its existing headquarters in Great Chesterford, Essex, with the addition of a dedicated training academy, a state of the art control room and ‘intelligence centre.’

Explaining the change of ownership, Jason Trigg, former CEO and founder commented: “When considering the next stages for Cardinal Security it was obvious to me that the business would benefit more from a corporate structure rather than relying on my entrepreneurial skills.

“I was keen that Cardinal should not be swallowed up by a larger business or one of the big security firms as it would inevitably result in poorer and less responsive customer service, so I am delighted that we have in place an experienced management team who not only understand Cardinal’s ethos, but can take the business to even greater heights”, continued Trigg.

In an industry dominated by either large-scale, multi-service providers or small, regional operators, Cardinal Security will continue to provide a specialist security service tailored to the needs of its demanding, national customer base.

‘As a large but independent business, Cardinal combines the best of both worlds,’ said Simon Chapman, new Chief Executive Officer. ‘So, while we are uniquely placed to provide specialist services to the largest of retailers, we are able to do so with a responsiveness and agility that larger providers simply cannot match.’

Cardinal will continue to provide the innovation and technology that has placed the business at the forefront of the sector. Customers will continue to have access to technologies and systems in the broader Cardinal Group – including Amberstone’s leading electronic security technology and the Ministry of Ideas’ leading data solutions.

Over the years Cardinal has supported both the NBCS, which it founded in 2011, and ORIS Forums, which it acquired in 2011, and supported the growth of the ORIS Media business and is pleased to see these as standalone and independent businesses in their own right which are no longer part of the wider Cardinal Group. There will be no change to the way these businesses are operated.

‘Talking to customers, I know that they value our intelligence led approach to manned guarding”, concluded Graham Allison, Managing Director. “The new investment in the business allows us to ‘change up a gear’ and deliver a more robust infrastructure to support customer needs. We are really excited to be starting this next stage in Cardinal’s development.’

Cardinal Security is a leading supplier of intelligence led manned guarding services to the retail and logistics industries, including security officers, store detectives and loss prevention services. It is an SIA approved contractor placed in the top 5% of all security providers. It employs over 1,800 personnel across the UK and Eire, and has a turnover of more than £40m pa. Cardinal Security works with many leading high street brands. It has received several industry awards and accreditations, including the prestigious ‘Vendor of the Year’ award at the Retail Fraud Awards 2015 and 2016.